It was his first major gig since the alt-rock group he founded in 1980 disbanded in 2011 (his only other live appearance was when he sang R.E.M.’s “Losing My Religion” at the “12-12-12” Hurricane Sandy benefit at Madison Square Garden).

The 55-year-old Stipe — who told “CBS This Morning” in Decemeber: “I think I’ll sing again” — played a six-song set while on the keyboards, backed by two musicians. Stipe dug out his old band’s “New Test Leper” from 1996 and 2001’s “Saturn Return” as well as a few unlikely covers, including Sinatra’s “Theme from New York, New York” and Smith’s “Wing.”

Paul McCartney has achieved something rare, if not unique, for him: he’s got an R&B hit. It’s a single, “Only One,” that was a surprise New Year’s Eve release from “Kanye West featuring Paul McCartney” where West sings the slow ballad with Auto-Tune assistance, while McCartney accompanies him on a slow bluesy-gospel-tinged organ and adds a few hushed backup vocals. The song is already No. 1 on the British R&B singles chart (it’s at No. 35 on the U.K. pop singles chart).

The song was co-wrtten and co-produced by the twosome as a tribute to West’s baby daughter, North, sung from the view of West’s mother, Dr. Donda West, who was his biggest influence. She died in Marina Del Rey in 2007 at age 58.

McCartney and West wrote and recorded the song over two days when the rapper and the Beatle were both in Mexico in September. The pair reportedly recorded as many as nine songs together with help from other known but not named recording artists. West’s wife, Kim Kardashian, proclaimed the song her all-time favorite of her husband’s songs. 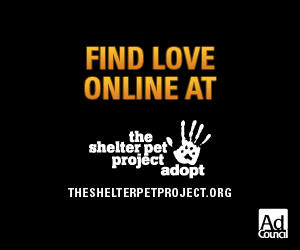 But what is really causing a sensation is the reaction to McCartney from tons of West’s fans. In countless tweets, Facebook posts and other social media mentions, it seems West fans have no clue about just who this Paul McCartney guy is. The British press are losing their collective minds over this.

Britain’s Mirror posts tweets from West fan Alejandro Lazaro that reads, “Who the hell is Paul McCartney?,” while also including Justin Morello’s “Kanye West really know how to expose great new talent. Bet this Paul McCartney guy is gonna be HUGE after this song.” The Daily Mail used a tweet from @CurvedDaily, “who tf is paul mccartney???!??! This is why I love kanye for shining light on unknown artists” — and on and on.

Do these people really not know who McCartney is, or are they joking?

Country singer Little Jimmy Dickens, known for his humorous novelty songs, his colorful classic Nudie the Tailor-type rhinestone-covered suits, his diminutive size and for being the oldest member of the Grand Ole Opry, died at age 94. He reportedly went into cardiac arrest in a Nashville hospital, a week after suffering a stroke on Christmas Day, according to Rolling Stone.

A member of the Opry since 1948, his last performance took place on his beloved Opry stage only days before his stroke at an event marking his birthday.

He signed his first record deal in 1948 and scored his first country hit a year later, “Take an Old Cold Tater’ (And Wait).” He scored five Top 10 country hits coming out the starting gate, between 1949 and early 1950. In 1950, the 4-foot-11 star recorded what became his theme song, “I’m Little But I’m Loud” and 15 years later, in 1965, he released what became his biggest hit, the comic “May the Bird of Paradise Fly Up Your Nose” that proved to be a crossover biggie, hitting No. 1 on the country chart and No. 15 on the Billboard Hot 100 pop singles chart. In all, he hit the country Top 40 a dozen times. He performed at the Opry constantly for more than 65 years.

Jazz guitarist Jeff Golub, who was perhaps best known as Rod Stewart’s lead axeman from 1988-95 on record and as a member of his touring band, died at age 59 of unknown causes, according to Jazz Times. He suffered number medical problems in recent years, including a rare, incurable brain disease called Progressive Supranuclear Palsy. In 2011, he lost his sight as his optic nerve collapsed, but he continued to record and perform.

Blues trumpeter ad saxman Melvin Jackson, who played for decades with B.B. King and Bobby “Blue” Bland, died of Alzheimer’s at a hospice in Las Vegas at 79, reports the Las Vegas Sun. He traveled with King and Bland to more than 90 countries. He was an active performer until this past September.

Among the recently released albums, digital reissues, MP3 downloads and box sets are “Avalon Ballroom San Francisco November 2nd 1968” from The Byrds’ new lineup of singer-guitarist Roger McGuinn, guitarist Clarence White, drummer Gene Parsons and bassist John York after the departure of bassist Chris Hillman and singer-guitarist Gram Parsons that was recorded for radio broadcast and features such well-known Byrds’ tunes as “Mr. Spaceman,” “My Back Pages” and “So You Wanna Be a Rock and Roll Star.”

An import reissue of “Good as I Been to You,” Bob Dylan’s 1992 album of mostly lesser-known traditional folk covers that includes his versions of Stephen Foster’s 1854 parlor song, “Hard Times,” the 16th century English folk song, “Froggie Went A-Courtin’” and the Mississippi Sheiks’ 1930 blues ode, “Sitting on Top of the World,” that was covered by such diverse artists as Bob Wills & His Texas Playboys in 1935, guitarist Les Paul in 1952 (his version is the first credited multi-track recording), and Cream in 1968.

A 3-CD set, “Dick’s Picks — Vol. 13 — Nassau Coliseum, Uniondale, NY 5/6/81” from The Grateful Dead includes “Alabama Getaway,” “Deal” and their FM hit version of The Young Rascals’ “Good Lovin’” as well as a cover of Willie Dixon’s “Little Red Rooster” that was first recorded in 1961 by Howlin’ Wolf and was later a hit for Sam Cooke in 1963 and The Rolling Stones in 1964; and a 2-CD import, “Genesis of a Genius – Excerpts From Seven Classic Albums (Original Recordings Remastered)” from 1956-1963 from Indian sitar legend (and George Harrison’s personal teacher) Ravi Shankar, who electrified the throngs at the 1967 Monterey Pop Fest, at Woodstock and at Harrison’s Concert for Bangladesh (the concert was Shankar’s idea), and who died in San Diego in 2012 at age 92.