Astrid Kirchherr: The woman who gave The Beatles “Style”

When The Beatles arrived in Hamburg in 1960 to hone their craft in the bars and clubs of the city’s notorious St Pauli district they had the identikit hairstyles of any young band of the time.And that meant copious use of Brylcreem to ensure there wasn’t a hair out of place.When they returned to England a year later, however, they were unrecognisable.

The slicked-back look had been replaced by the style that has gone down in history as the moptop. And with a little help from a string of No 1 hits, it conquered the world.

The story of how the Fab Four – who were then the Fab Five – came to ditch the Brylcreem is intertwined with a tragic love affair involving the “fifth Beatle” and German beauty Astrid Kirchherr.

Her name is back in the headlines this week as a set of photographs of Astrid with the Beatles in Tenerife in 1963 was made public for the first time in advance of an auction in Dallas on Friday.

To trace the origins of the Beatles’ makeover and Astrid’s role in it we need to go back to a seedy Hamburg bar called the Kaiserkeller one night in August 1960, in the days when the band’s drummer was Pete Best not Ringo Starr.

Astrid, then a 22-year-old photographer’s assistant, had been persuaded to go there by her on-off boyfriend Klaus Voormann to see the pop sensations from England.

Until then her musical taste had not extended far beyond trad jazz and the rock ‘n’ roll act she saw that night came as a revelation.

“It was like a merry-go-round in my head. They looked absolutely astonishing,” she said later.

“My whole life changed in a couple of minutes. All I wanted was to be with them and to know them.”

She may have been impressed by the Beatles but at least one of the men on stage was knocked out by her too.

The Beatle who fell for her was bassist Stuart Sutcliffe. He had joined the band through his friendship with Lennon, whom he had met at art school in Liverpool.

That night he went looking for Astrid when the group took their first break but was devastated to discover she had left.

She was soon back, however, and because Astrid, Voormann and their friend Jurgen Vollmer hunted as a pack, Stuart soon became great friends with them as well as her.

In 1995 Astrid told BBC Radio Merseyside: “All my friends in art school used to run around with this sort of what you call Beatles haircut.

“My boyfriend Klaus Voormann had this hairstyle and Stuart liked it very, very much.

“He was the first one who really got the nerve to get the Brylcreem out of his hair and asking (sic) me to cut his hair for him. 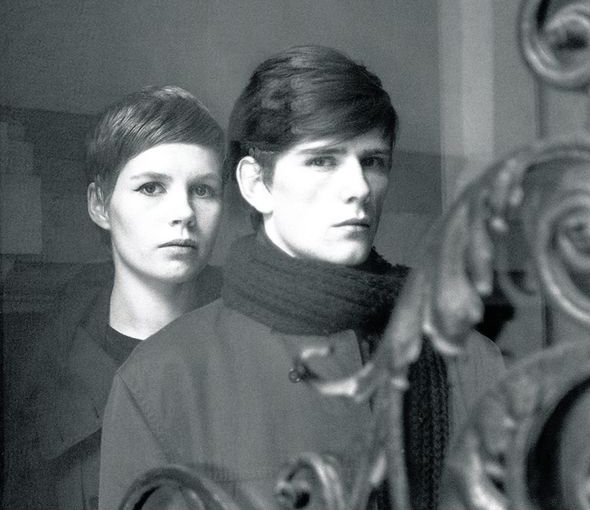 Kirchherr and Stuart Sutcliffe, 1961
“Pete [Best] has really curly hair and it wouldn’t work.”After Astrid transformed Sutcliffe’s hair, Harrison asked her to do the same for him.Lennon and McCartney held out for a little longer but eventually they had their hair cut in the same style while they were in Paris.

This time the crimper was Astrid’s friend Vollmer, who was living there as a photographer’s assistant.

Astrid has consistently denied that she was responsible for the Beatles’ radical change of image, once complaining: “All that rubbish people said, that I created their hairstyle, that’s rubbish! Lots of German boys had that hairstyle.

“Stuart had it for a long while and the others copied it.”

In the weeks and months that followed Astrid was inseparable from the band and took some of the most seminal black and white images of the band using her trusty 1950s vintage Rolleicord twin-lens reflex camera.

The romance between her and Stuart was so intense that Best described it as “like one of those fairytales” and within three months of meeting they were engaged.

In the summer of 1961 Stuart quit the Beatles after being offered a scholarship to the Hamburg College of Art and the couple travelled to Liverpool to meet his family in advance of the marriage.

Within a year, however, tragedy struck.

Stuart suffered intense headaches and on April 10, 1962, he had a brain haemorrhage and died.

The Beatles rallied round the grief-stricken Astrid and it was Lennon who helped her snap out of her misery by telling her: “Live or die, there is no other question.”

And so it was that a year later, she joined Paul McCartney, George Harrison and Ringo Starr on a trip to Tenerife as they took a break from an arduous tour in the wake of their first UK No 1 Love Me Do.

The photographs that resulted from the holiday are the ones due to go on sale at Texan auction house Heritage. 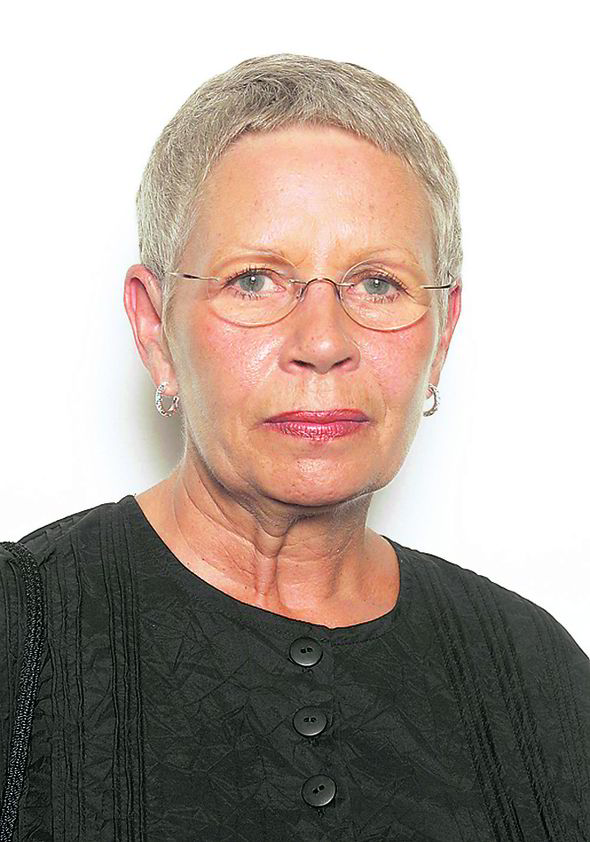 Astrid in 2005
The year after the Tenerife pictures were taken, Astrid decided to ply her trade as a freelance photographer and took a memorable series of “behind the scenes” photographs of the Beatles during the filming of their movie A Hard Day’s Night.But making it as a female photographer in the sexist environment of the 1960s proved to be an uphill task and, discouraged by constant requests for her old Beatles material, she decided that she had had enough.In an interview with the Liverpool Echo in 2010, Astrid said: “I was always introduced as the Beatles photographer and I gave it up in the end.

“I was so unsure of myself. Am I good or am I just the Beatles photographer?

“People were not interested in what I did before. I could not stand it any more.”

Astrid sold all her equipment during the 1970s and no longer owns a camera. She once admitted: “I’ve hardly taken a photograph since 1967.”

That was the year when she got married for the first time to another musician from Liverpool, a drummer called Gibson Kemp.

The Liverpool music scene was a fairly incestuous place in those days and Kemp had taken over from Ringo Starr as the drummer with a band called Rory Storm And The Hurricanes.

What’s more Storm – whose real name was Alan Caldwell – had a sister Iris, who was a friend of George Harrison when she was 12 years old and dated McCartney when she was 17.

Astrid’s relationship with Kemp lasted just seven years, however, and a second marriage to a German businessman also ended in divorce in 1985.

She maintained her interest in The Beatles industry, acting as an adviser in 1994 to the makers of Backbeat, a film about the Fab Four’s days in Hamburg, starring Stephen Dorff as Stuart Sutcliffe and Sheryl Lee as Astrid.

Since then Astrid and her business partner have operated the K&K photography shop in Hamburg, which offers vintage prints, books and artwork as well as helping to arrange Beatles conventions in the Hamburg area.

She freely admits that she has lost out on an estimated £500,000 in copyright fees over the years due to her lack of organisation.

She once pointed out that: “I’m not a businesswoman… I never looked after my negatives and you need that to prove you took the photographs.”

Now 76, she lives alone in Hamburg, happy but nursing memories of Stuart Sutcliffe, the man she still calls “the love of my life”.